To enable a jump start into KNX development with KNX Stacks from Weinzierl we offer a modular development platform with a complete set of piggyback modules for various microcontroller families and transceivers for all supported media.

KNX Stack Development Base Board

The core of the development platform is the Base Board. 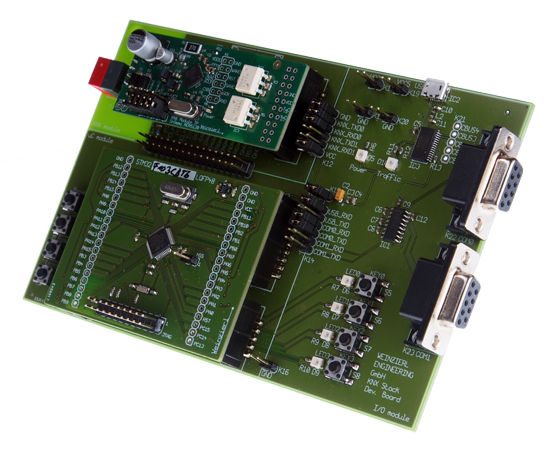 For a maximum of flexibility the microcontroller can be plugged as piggyback on the baseboard.

For a connection to KNX TP Piggyback Modules are available for all KNX UART Transceivers currently on the market.

For an easy start into radio technology dedicated RF Modules for KNX are part or our KNX Stack RF packages. The RF Modules are universal frontends and can even be used in products.

The Piggybacks for IP can be mounted on top of a microcontroller board which supports IP connection. The Piggybacks contains the Phy and the Ethernet Plug with inductors.